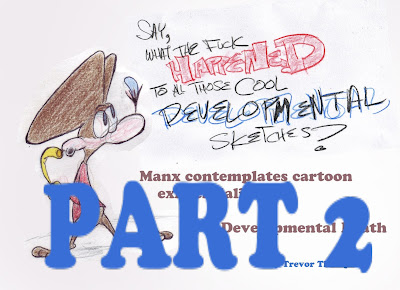 by Trevor Thompson
So, a long time ago when I still had time to post somewhat interesting things on this blooog, I did a theory post about developmental sketches. It's theoretical because I myself have never worked professionally in the industry, so my opinion isn't really valid. Think of this as just me thinking aloud.


If you really want to read it for reference purposes, then click here.

The post basically pontificates about why it is that in most cases, aesthetically speaking, the 'developmental sketches' are usually some of the best work to come out of any given project. I used two otherwise bland shows as my example: the long-running Aqua Teen Hunger Force...

Anyway, the best drawings from that post were all done for Aqua Teen by Clay Croker, who in addition to doing animation and design work for a lot of early [adult swim] programs also voiced several of the characters. Zorak, Moltar, Steve, Dr. Weird and a bunch of one shot characters for The Brak Show and Perfect Hair Forever all owe Clay's tonsils a debt. 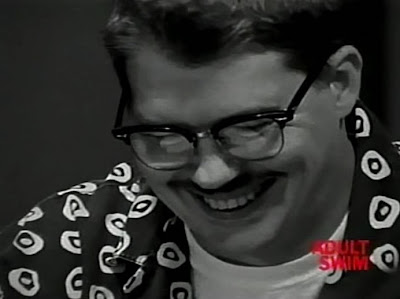 So, here's what Clay has to say about the development artwork he did for Aqua Teen Hunger Force. I apologize if one or two of these aren't yours, Clay. I'm going based on guesses and signatures. :) 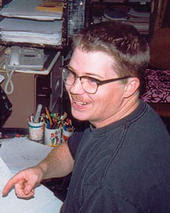 Thanks for the comments, Trevor - I tell ya why the funnier drawings... 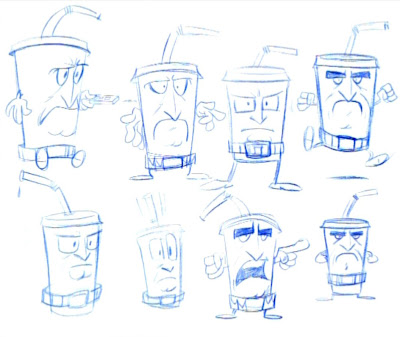 Part of it, as was suggested, is we knew the characters would never ultimately come off as cool as we could draw them up front with the budget we had to work with - but we wanted to see how far we could push it anyway...

The other part is that there's always the chance that if you can provide something that the client "can't live without" then you might be able to push the project down a cooler path than had been originally envisioned.

A lot of the drawings I did were done over a 3 or 4 hour period when I met show creators Dave and Matt over at the Highland Tap one rainy Sunday afternoon in April 1999. 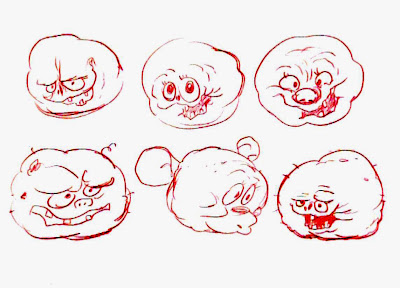 We drank pitcher after pitcher - they told me what they wanted and I drew about 10-12 pages of designs while we talked.

(Some of those drawings were actually incorrectly referred to as Wild Hare Studios art in this article -- But they ain't.) 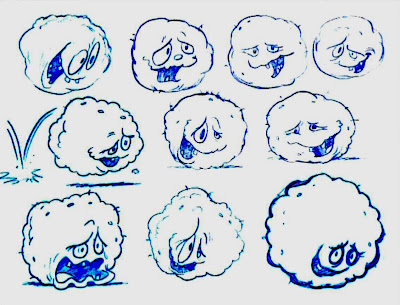 So alcohol no doubt enhanced the overall "carefree" drawing approach to some of those. 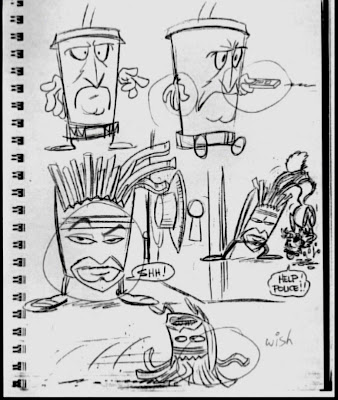 But I ask ya - doesn't every animator wanna work on a show that's fun to draw? (and closer to their own style?) 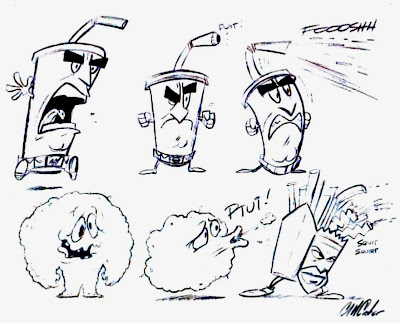 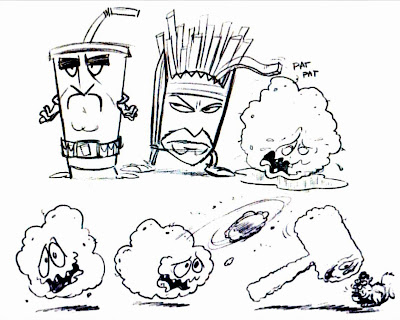 I guess this answers the question about what you need to make a good looking cartoon: a bit of beer and a bit of budget.

Thanks Clay for taking the time to tell us about these fun sketches! Go visit Clay at his blog:

http://arglebarglin.blogspot.com/
The above rambling was made a big deal of by Trevor Thompson at 11:35 PM

Hey Trevor,
Say, just to clarify- I didn't do 2, 3, 4 or 6 of the art you have up on this post. Those were done by Matt Jenkins from Wild Hare Studios. We both worked on designs, but in the end I did the final designs and the initial animation Meatwad, Frylock and the Danger cart for the pilot while Matt animated Shake, The Rabbot, Carl, Steve and Dr. Weird.
As Carl, Dr. Weird and Steve were added to the mix after the fact I had no hand in on their conception. I was busy with another job at the time so Matt designed and did the original animation of those characters (though I've done plenty of animation - Shake included- of them in the years since.)

Thanks for the clarification, man! I took the ones Jenkins did out, although they were really swell.

Did anyone other than the two of you contribute design work?